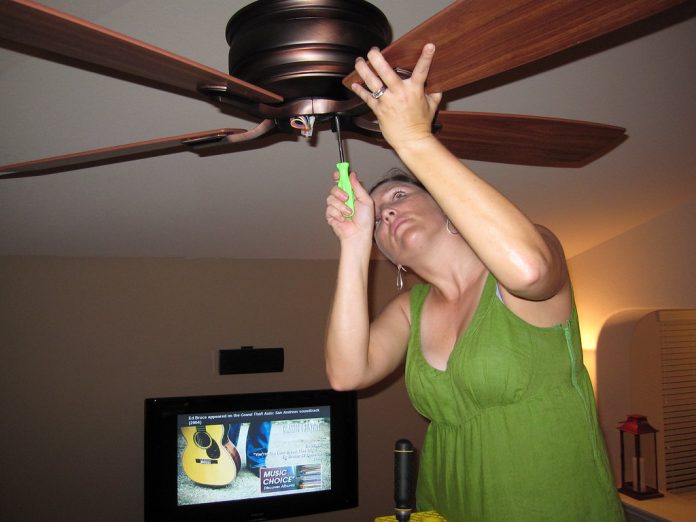 Whether you live in an area that is hot and humid or temperate, you know how crucial ceiling fans are. High-speed ceiling fans soothe your mind, body, and nerves. They give you a sense of relief after a challenging day. And they foster creativity and improve productivity. However, ceiling fans are often the most neglected electrical gadgets in an Indian home. People seldom maintain their fans the way they maintain other electrical or electronic devices. And, when you do not maintain ceiling fans, they can pose serious risks to you and your family members. In this article, you will find five such signs that show your fans have become outdated, and you need to replace them with new-age high-speed ceiling fans.

What Is The Average Life Span of Ceiling Fans?

The life of ceiling fans depends on their quality, usage, and technology.

Ideally, high-speed ceiling fans last for about ten years. However, if you buy ceiling fans online from a reputed manufacturer, you may expect it to last beyond that.

Presently, there are several options to choose from. You can buy fans made with MDF or Medium Density Fiberboard, ABS plastic, solid wood, or metal. Ceiling fans with MDF material work well in dry places, whereas fans made with ABS plastic can work in all situations. Wood is excellent for both dry and humid regions, whereas metal ceiling fans tend to rust when they come in contact with salty water.

Hence, the build material and quality play a role in determining the average life of ceiling fans. Also, how you use the fan and its technology are equally important. Unlike ceiling fans with just a wall-mount controlling device, modern high-speed fans, such as Crompton Energion fans, come with a smart remote, which helps you control your fans without moving anywhere. Such convenience can enable longer life and better control.

Old ceiling fans give several indications before crashing down. Here are the things you should keep an eye on to spot your ceiling fans’ ill-health:

The Fan Blades are Jiggling or Wobbling

Ceiling fans are meant to rotate in a circular motion. The diameter of the circle is known as the ‘sweep’. When fans become faulty or old, they move out of their usual circle or sweep and behave erratically. They may also produce abnormal noise. Such wobbling can indicate danger, and the fans might need repairing or replacement.

Sometimes, wobbling can also happen when you buy ceiling fans online and install them incorrectly. To avoid such scenarios, you should purchase ceiling fans online from reputed online marketplaces and manufacturers and always hire a professional technician to install your fan. A correctly installed fan increases safety and decreases electricity bills.

The Fan is Humming, Buzzing, or Squeaking

While it is true that ceiling fans have a characteristic sound when they operate, they are usually consistent and gentle on the ears. However, they sometimes create a humming, buzzing, or squeaking sound and that should be enough to trigger your alarm bells.

When ceiling fans make irritating or loud noises, they are vying for attention. It may be due to improper installation or wiring, or worn-out parts. It is better to call a technician to carefully inspect the fan to find out the issue. If the issue still does not resolve, it is better to change your fan. New-age high-speed ceiling fans, such as Crompton Energion, come with a 35W ActivBLDC (Brushless Direct Current) motor that not only consumes less energy but also eliminates noise.

The Fan’s Switch Is Not Responding

Many modern ceiling fans come with a remote and, occasionally, lights and do not need switches to operate. However, if you have an old-version ceiling fan in your home, you may have switches. In an ideal situation, the fan responds to the switch, and you do not need to worry. But, if the fan stops responding to its switch, it may be a clear sign of an electrical issue.

If the fan is new, you might not need to replace it, as a technician can easily change the wire. However, if the fan is old, it better to switch to a ceiling fan with a remote.

Diminishing speed is one of the most common indicators of ceiling fans’ ill-health. If you have a high-speed ceiling fan and are not getting the same output as you got a few months back, it is time to inspect it.

The reducing speed of ceiling fans suggests that there might be a wiring issue or even technical failure. If your fan is old, a change in coil or wires might not offer you much solace. It is wise to consider a replacement in such cases.

You are Renovating or Improving Your Home

At times, you may feel the need to redecorate your home. Since ceiling fans are a crucial part of home decor, you should also consider replacing your ceiling fan.

Modern-day high-speed ceiling fans, such as Crompton Energion, comes in many different colours and style. These best ceiling fans come with a remote, and these days you even get ceiling fans with lights. Select a fan that complements your home decor and offer wide options to choose from.

High-speed ceiling fans from reputed manufacturers provide ultimate comfort and significant energy savings. As ceiling fans are installed at a great height, they must always be properly maintained. It is prudent to replace your fan after every eight years or as the need arises. Do proper research and choose a ceiling fan price that suits your budget.

Garden Paving Ideas That Will Transform Your Patio

8 Popular Kitchen Design Trends to Watch Out for in 2022

4 Signs of Low Water Pressure in Showers You Must Not...

Lee Eugene - June 17, 2022 0
Are you noticing a decrease in water pressure when you take showers? If so, it's essential not to ignore the issue. A variety of...

Garden Paving Ideas That Will Transform Your Patio

Lee Eugene - May 7, 2022 0
Introduction The right ideas can always bring great changes even if they seem very simple. The same holds for your garden paving ideas. If you...

Lee Eugene - May 5, 2022 0
Due to lockdowns across the country and the requirement that many workers work from home as part of the national response to the epidemic,...